It was at the age of 20 that I learned some of the hard lessons of adulthood. This all happened a month before my 21st birthday in January 2011. It was the first solo trip I was about to take with my father. My father is a veteran when it came to travelling. He traveled to various continents in one week as a young doctor and even at his age, still regularly attends conferences and completes advanced courses unavailable in South Africa. And thus I was eager in my foolish preparations which didn’t entail much more than a few google searches, tourist guides and learning Spanish. Believing my father had everything under control. That was my first mistake. And so boys and girls I was packed and ready for the most memorable trip of a lifetime.

Today I am grateful that our first trip was in the United States of America, where they spoke English and didn’t take tourists too seriously. That definitely counted in our favour. Our first stop was Anaheim where we had a blast at Disney World and Universal Studios. Being a huge mermaid fan, I reached the peak of my obsession when my father took me to lunch at Ariel’s Grotto, I had my picture taken with this understated princess and received a long-awaited autograph. The little girl within welled-up with tears.

The Universal Studios had two highlights for me, the Haunted Mansion and the Tower of Terror. The Haunted Mansion was brilliantly done, within the house there is labyrinth, each room housing a terrifying monster featured in their movies. The Butcher, Wolfman, the Mummy, Norman Bates from Psycho, Frankenstein, IT and other unruly characters. The rooms were terrifying: splattered in blood, body parts wrapped in plastic and hanging on chains… Travelling in small groups of four to six, you cautiously walk through the darkened hallways where the walls move and creatures that stretch out from hidden passageways to touch you. A few of the guests were even chased by the Wolfman and the Butcher. What made my time so enjoyable was purely observing my father’s reaction. It started at the entrance, I could see his complexion paling, his muscles tensing and his face becoming more animated. I believe he was trying to pass it off as excitement… I knew better.

Our group consisted of a married couple, unaware of Wolfman’s intentions, two young students and then of course myself and my father. This was the order we stepped into the darkness, unknowingly about to be enlightened by the true nature of ourselves. With tensions heightened, everyone is a trigger away from activating their fight or flight response. Adjusting my eyes to the darkness I could already see shapes hiding and waiting for their prey, I could hear the whimpering giggles of the girls in front of me and heavy breathing behind me. Glancing back, my father was barely a step behind me. It was in this moment I saw the humour and all pretenses fell. My father was terrified of the idea build up in his head and was literally walking on egg shells. Every time the students jumped or scream, my father would scream the chorus unaware of what is waiting ahead. He was horrified by the glad-wrap body parts swinging passed us and even grossed out by the blood dripping down the walls. I was laughing at the lunacy of it all to the point where I was heaving for air. The so called monsters didn’t know what to do with me. And so my ignorant bliss was fueled by the carefree days past. Little did I know hard lessons were still to come.

My grandparents had stayed in the States for a few years before my parents were married and so my father had experience driving on the right side of the road. Believing that his experience was sufficient, he loaded my into a rental car and took on the Los Angeles highway and headed for San Diego. If I had to describe the Los Angeles highway I would say imagine 10 pairs of roller coasters crisscrossing in every direction. To make things worse, my father was fighting with the built-in Sat Nav. My mistake was repeating what it said. It was terrifying, seeing cars and huge container trucks coming towards you while your father is arguing with a woman’s voice about directions. At some point I closed my eyes and started praying. On entering San Diego with our hotel in sight, my father skipped a stop sign and was pulled over by the local police. Speaking with a strong accent with a lost expression on his face, my father asked for directions to the hotel. The officers shared an expression of confusion on their faces as soon as my father started speaking. They just let us go. Arriving at the hotel, I opened the car door and collapsed on the lawn. The doormen watch as my first lesson of adulthood sunk in. Lesson one: always use public transport when available, under no circumstance let my father drive in any foreign country.

My dad was mostly busy with a medical conference during our stay in San Diego, which left me with time to explore to my heart’s content… that was, until my father received his next bright idea. He wanted to show me the beautiful shoreline of Mexico. Remembering lesson one I suggested we go with a tour group, where there was also safety in numbers. Getting into Mexico was a breeze and we enjoyed the shoreline where a few scenes from Pirates of the Caribbean were shot, some shopping and even a horseback ride on a beach, something I have always wanted to do. It was on our way back to the border where the problems started creeping up.  The bus stopped at Tijuana, it looked like the CBD of Pretoria with less people and gated shops. I walked into an antique shop and bought two rings for my collection, when I came out I found my father in a small shop arguing with a man twice his size and covered in tribal tattoos. In my father’s hand was a bar one and on his face the look of confusion mixed in with annoyance. The towering tattooed figure was also growing impatient and kept shouting in Spanish. In the corner of my eye I see a second figure in the back of the shop. I asked my dad what he was doing and he explained that he wanted to buy the bar one but the shopkeeper refused to tell him what it costs. With the little Spanish I knew I found out that the shopkeeper couldn’t speak English and was simply asking two dollars for the chocolate. I still wonder what would have happened had I not stepped in. My father can be pretty stubborn and oblivious, fortunately I took the time to learn the local tongue. So lesson two is simply to know and understand some of the local language that will help with basic navigation and negotiation.

Getting out of Mexico proved difficult. Our tour guide told us in a calm voice that if we happen to hear gunshots to lay down on the floor of the bus and remain calm. It has happened that civilians have been shot in the process of arresting a fugitive. I just looked at my father with a scold on my face and the question “What have you gotten me into?”. Our turn arrived. The bus and passengers had to be search separately for any smuggling items. We queued up, passports in hand and shopping bags in the other. That’s when my father’s forehead started showing beads of sweat, his complexion turning to pasty grayish colour. A few months before my father lost a tremendous amount of weight. The person in his passport photo looked like the son of Santa-Claus with dimples and all, but the person standing in front of the Mexican border police looked like the late Fred Mercury after a few encores in the hot spot light. The officer stood staring at my father for 15min, which is long enough for me to think of plan B and coming to my dad’s rescue without spending the night in a Mexican jail cell. He finally allowed my father to pass. Stepping out into the cool night on the other side, we all noticed our bus was missing. Too scared to ask law-enforcement for help we moved as a group and managed to relocate the bus to take us home. Lesson number three: always do your research beforehand. Not only the tourist version, but the latest news and social situation of the place you wish to visit. Personally, I don’t believe I will ever be visiting Mexico ever again.

The rest of the trip was more relaxed in comparison. Visiting the Balboa Centre where we watched a musical, visited a few museums and the San Diego Zoo. I refused to have my father drive us there, so we ended up walking through industrial areas, dodgy neighbourhoods and across two highways. I don’t think my dad had any idea that miles weren’t the same as kilometers. 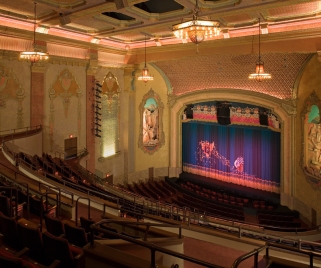 We went to famous beaches and had lunches at famous hotels. One such an occasion was at Hotel del Coronado, where Marilyn Monroe loved to stay during her visits to the coast. After lunch we were walking on the large paved sidewalk along the beach when my dad spotted a pedal car. The mechanics of a pedal car is fairly the same as a bicycle and not the Flintstones version you are all envisioning right now. This wire pedal car brought a child-like glint to my father’s eyes and in confirmation he started pleading to take it for a ride. I couldn’t refuse, I pulled my gypsy skirt up between my legs and with my new diaper in hand I climbed into the passenger seat. I only had one request for my father, to help pedal so that I may also enjoy the scenery.

I started pedaling, focusing on keeping my skirt away from the teeth and chain of the car. A few moments later, still looking down, I felt my legs work harder from an increase in the incline. Looking over to my father’s feet I saw that he had given up pedaling all together. Looking up at my father I saw the all too familiar puzzled look on his face. I turned to look at my surroundings, only to discover a yellow taxi cab hooting as it passed, driving flipping us off with one hand on the steering wheel. We were once again on the highway! And in a wire car no less where the speed and petrol was me, myself and I. How on earth did we get here? Leave it to my dad to be the one to remind me of lesson number one.